PHP vs ASP.NET: Which is the better choice?

Choosing the right platform for your development project is always a challenge because you have to consider the budget, functionality requirements, target audience, amount of content, business requirements and more. In this article, we will be discussing two of the most popular languages currently in use by developers on a worldwide level – PHP and ASP.NET.

PHP needs no particular introduction because it is one of the widely used scripting languages in the world. PHP is short for Hypertext Preprocessor. Earlier it went by the name Personal Home Page. This explains the acronym that we use so widely today. PHP was designed by Rasmus Lerdorf in 1994 to make web and mobile development easy, simple and scalable.

ASP.NET developed by Microsoft exhibits strong competition to PHP. It was intended as a scripting tool for building web pages, web apps quickly and easily. You can use any Net supported language to write the codes for ASP.NET, making it an obvious choice of language for many developers.

Now, that the basic difference is established, here is a look into the deeper differences between the two.

PHP is scalable, so if the figures predict a surge in the next season, you can get an experienced developer to scale your app to need. MySpace is built on PHP, and a perfect example for the language’s scalability.

ASP.NET is not at all far behind, in terms of scalability. Facebook uses the language, so no further explanations needed on that.

When you test web app’s performance capability, you need to determine the relationship between the server, the database and the script. PHP uses the LAMP stack – Linux, Apache, MySQL, and PHP, and it gives really remarkable performance.

ASP.NET uses MSSQL, and the application is hosted on Windows OS. Speed could get affected when the website doesn’t communicate with backend database servers. As it is a framework, the functionalities are limited to Windows-based platform, so speed and performance could get affected.

PHP is free to download, and it comes integrated with a number of frameworks, so you can choose the best for your application. Upgrades are also downloaded for free, because there are no additional licensing costs, and you don’t have to pay for having another server as backup.

But for ASP.NET, buying Windows is an expensive affair. Windows hosting can be more costly than web hosting on Linux. However, if you are a beginner, you can make use of the free version of the IDE that Windows delivers. But that might not be enough for professional uses.

PHP uses LAMP stack and they are both open source. There is a huge community of developers with a plethora of support resources for those entering the arena for the first time. Developers are continuously making updates and contributing to the network.

The community for ASP.NET is also pretty good, but it is not as big as PHP. There is a limited number of developers when compared to PHP, so you have far less contributors to solve challenges and questions.

According to w3techs, PHP is a far popular language, with 81.8% of the websites using it. The stack that PHP uses – LAMP is far more popular. Another reason could be because the language is entirely cross-platform , and you have no limitations on the server type.

ASP.NET is far less popular, with just 15.9% of the websites using it.

You can run this language on any platform – Linux, Unix, Mac OS X, Windows.

ASP.NET runs only on Windows platform.

We already know that PHP developer community is a whizz at helping you when you run into problems. The framework helps you fix your problems faster, so you can release the project on time. And when you send a request to fix an issue, it would never clash with other requests.

ASPNET has to improve on this.

PHP is much faster, because it doesn’t need large lines of code to perform complex functionalities and features. And the language is interpreted at the server, so changing functionalities doesn’t require any additional steps.

ASP.NET needs compilation each time you modify the code. And so it is much more complex in functionalities and features. The development process is tougher with this framework. 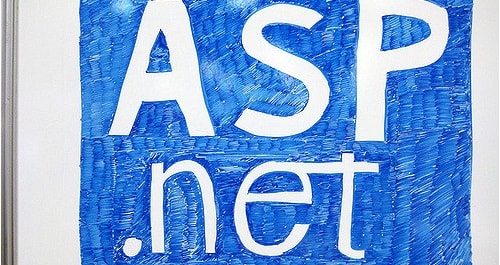 A skilled PHP developer will never be out of a job. With the number of websites that’s been built, there would be plenty of opportunities, even for the freelancer.

Options are marginally lower for the web framework. This could be because of the complicated skill requirements because the developer should know more than just web development or system scripting.

It is very easy to learn the web language, because PHP comes with extensive documentation with simple syntax. If you a rookie, don’t worry, just follow the documentation.

The boat is slightly rocky with ASP.NET, even though it is written in C#. The complicated syntax makes it difficult to follow, even for the experts.

If you are looking for a fast and easy solution, PHP would be your best option. However, comparing the two would be like comparing oranges to apples, because as explained earlier, one is a language, and the other, a framework. Several big companies have made their choice with PHP to build their website like Google and Yahoo!.

Interesting Articles:
Why to choose PHP rather than ASP.NET
Brief comparison between ASP.NET & PHP