Choosing the best Javascript technology depends solely on the kind of project you are planning. And the popularity of Javascript is so huge that it has led to a very happening ecosystem of technologies, libraries and frameworks. And because of the amazing diversity of technologies, comes the question – which technologies are to be used?

It is impossible to list every popular Javascript technology that’s been used, but we have attempted to list the ones that are very popular. Of course, this list is by no means exhaustive, the rest is open to research.

Angular JS is a very popular Javascript framework that can ideally be used for creating one-page applications. Maintained primarily by Google, Angular JS complements Apache Cordova for developing cross-platform mobile apps. It lets you create applications faster as it is integrated with features that enable easier implementation; if you had to do these implementations yourself, it would take a lot of time.

React is a Javascript library that lets you build user interfaces. Created by Facebook, it’s based primarily on the idea of unidirectional data flow. The main attribute of React JS is that it works remarkably well for SEO, and developers use it wholeheartedly to create dynamic and high traffic web applications. As React JS created its own DOM where the components will be situated, developers enjoy greater flexibility and performance. This is because React can detect what changes are made in advance and will update the DOMtrees accordingly.

Though operating on a single-thread, Node JS, the open source runtime system processes multiple requests of concurrent connections, one event after the other. Main applications where NodeJS is useful are Data streaming, Proxy, API on top of an Object Database, Chat, making it one of the most sought after tools for enterprise software development.

Javascript is perhaps the only reliable choice for developing applications in the browser and each week, new frameworks are introduced to woo developers. NodeJs has not only spilled over to the server, but it has also evolved to be the most easily shared codes. A huge repository of about 50,000 packages in the Node Package Manager can be shared, making it a dependable package manager and a quicker way to move smaller applications among providers.

The framework allows developers to develop applications at a quick rate. The tool’s router is highly efficient and with each router you get URL’s and a default working back button. The API is easy to use, open source, has an MVVM pattern and allows developers to create scalable web apps. Developers combine Ember js and Rails to enjoy more freedom, flexibility to create rich codes on interactive web apps. Developers mostly use it to create single-page web apps, it being a client-side framework.

Mythril, the modern client-side Javascript framework with its hierarchical MVC components is perfect for building single page applications. Developers say that it is similar to Reach, but it is also easier to understand, works faster and is smaller (7.8K compressed) when compared to React. But size doesn’t matter here because it is considerably more potent than React. It comes equipped with a templating engine with virtual DOM differencing implementation for performance rendering, support for routing, HTTP requests and componentization and utilities for high-level modelling through functional composition. A noted feature of Mithril is that it automatically figures the most feasible way to update the text, and prevents the developer the hassle of developing it from scratch.

Reactive programming officially arises on the JS screen with RxJS. The tool contains a host of reactive programming utilities for Javascript. But developers need to be careful while importing RxJS because it contains a lot of operators, it can bloat your bundle size. However, it is still highly reliable for providing powerful, functional approach for dealing with events and integration points into the libraries, frameworks and utilities. Reactive Extensions is a library that helps developers compose asynchronous and event-based programs through LINQ style query operators and observable sequences.

Vue combines the best of Angular2 and React to build advanced Front end applications. According to Wikipedia, Vue projected an 86% developer satisfaction rating in a 2016 Javascript survey. Vuejs has a Model- View-Controller architecture, and serves primarily as the View. It can also address the concerns conventionally handled by the controller, while interaction with data is through component specific methods. Vuejs helps in making ideas in web user interface development very easy and approachable. As it is less opinionated, it is easier for developers to pick up. It is also the 10th most starred project on GitHub, and accumulates around 95 GitHub stars every day.

Polymer is a Google created Javascript library that allows the reusing of HTML elements to build applications with components. It has a built data binding model like Angular that enables complete applications to be made on its own, without using any other libraries. Polymer is also widely used because it supports all major browsers.

Redux is a predictable state container for JS apps that behave consistently, run in different environments and are easy to test. Redux works well with React or any other view library, and provides a remarkable developer experience. Redux helps in simpler codes by isolating statement from I/O side effects like rendering the view or working with the network. Redux is very easy to follow and test business logic because it doesn’t get all tangled up with network requests and DOM updates. 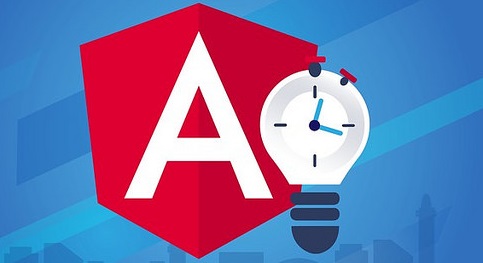 Angular 2 is the next version of one of the most popular frameworks in the world, Angular, a collection of modules that comes together within modules). The framework is mainly used for building complex frameworks in the browser. It comes with almost everything that developers need to build complicated web or mobile apps and is equipped with powerful templates, data managements, HTTP services, form handling, quick rendering and so on. The Bottomline Choosing the right tool would of course depend on the features you want them to have. Go through the functionalities of each of them and decide which can be utilised for your development project.