The 4 best PHP frameworks for your project

The most popular server side scripting language in the world, PHP went through major transformations ever since it was first launched. Now developers need something more complicated than simple code snippets in static HTML files. As the level of complexity increases, it is not possible to take too much time and create something from scratch. Developers want something more structured, more natural, and that’s how they came to depend on PHP frameworks heavily. 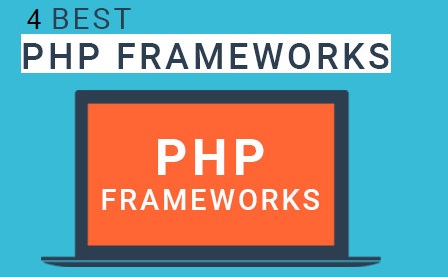 If you are wondering why all this hype about PHP, then here are the benefits of going this route:

We have handpicked PHP frameworks for you. Of course, these are not the only good ones, but these are really good, and would be perfect for your project.

Though it is a fairly new framework, released in 2011, the popularity of Laravel surpassed all other frameworks. The reason for this is probably because it has a huge ecosystem and an instant hosting and deployment platform. It is integrated with a number of features that allows for rapid application development. You can handle frequent tasks like authentication, sessions, queuing, caching and RESTful routing through Laravel’s light-weight templating engine known as Blade and its elegant syntax. 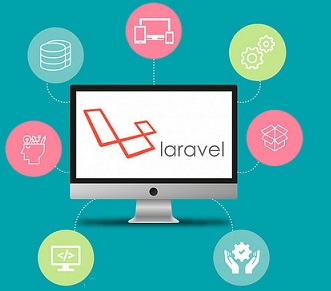 Laravel has remained the most popular framework for several years in a row. It is free and open source, with the source code hosted on Git Hub, and used across various operating systems. The official website of Laravel has several screencast tutorials known as Laracasts.

CodeIgniter is not a new framework at all and it helps you create full-featured web applications. It is almost 11 years old, because the first version of it was released on 2006. It is famous for its straightforward installation process that requires just a minimal configuration. CodeIgniter works best on shared and dedicated hosting platforms, and hence a perfect choice when you want to avoid PHP version conflict. Developers looking for freedom to work with their own coding and naming conventions will be pleased with the capabilities of CodeIgniter. It is a lean framework, about 2MB, but it is very fast, which is another major feature about the framework. As it is lightweight, you can download it easily. It comes with clear documentation so you have an introduction, tutorial and a plethora of how-to guides to get going. And what’s more is that it allows you to add third-party plugins as well. Security is also a major feature of the framework, providing built-in protection against CSRF and XSS attacks. 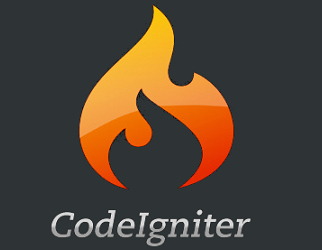 CodeIgniter is based loosely on the MVC (Model-View-Controller) pattern, but it can be modified to use Hierarchical Model View Controller (HMVC). It allows the developers to maintain their modular grouping of Controller, Models and View arranged in a sub directory format. You can get the source code for CodeIgniter at Github.

Released in 2005, Symfony is a PHP web application framework possessing a set of reusable PHP components. The aim of Symfony was to make the entire web development process faster by avoiding the task of repetitive coding. It is also interesting to note here that several of Symfony components are used in the Laravel framework. Inspired by RoR, Django and Spring, Symfony is used in several websites like Drupal content management system, Delicious and Vogue France.

Symphony components (about 30 of them) are reusable PHP libraries with which you can create many different tasks like form creation, object configuration, authentication, templating, routing and so on. Use Composer PHP dependency manager to install these components and start working. Additionally, there is a showcase that helps you sneak a glimpse into the progression of the project. The wide developer community is another major feature of Symfony.

As the framework is open source, you can also contribute to the code in Github.

Released in 2012, Phalcon rose into popularity because it was written in C and C++. The speed of Phalcon makes it one of the fastest frameworks in town. Its low memory consumption and CPU makes it even better. And the best thing about the framework is that you can use it even if you don’t know C language. Its functionality is that it can be used for any application. Another advantage with Phalcon is that it reduces the overhead typical of all MVC-based apps. Apart from reducing the usage of resources, the execution speed is also really high, making it really popular among developers.

Additionally, there are several good features of Phalcon that makes it cool. Some of the noted ones are auto-loader (provides autoloading mechanism of PHP classes ), translation, routing (advanced routing capabilities), security, caching and asset management. Phalcon’s documentation is clear cut making it easy for developers with low experience-level to navigate around it. Phalcon also comes with intelligent caching facilities that allow you to improve your performance considerably. Apart from enabling you to map tables in relational databases, Phalcon helps you to map documents to MongoDB database. Object Document Mapping also offers CRUD functionality and validation as well.

Of course, this list is by no means final because the world of PHP frameworks is really large. These frameworks have clear documentations, making it easier for you to understand the source-code, so developing the apps is easier. It is also advisable to choose frameworks that have an active user base, so you will have someone helping you out in case you get stuck somewhere. You can consider frameworks like CakePHP, Zend, Nette, Slim, Fuel PHP and PHPixie apart from the ones we mentioned. It is the developer who’s got to decide which framework will be suitable for his needs. What do you think of our list of the best PHP frameworks? Is there any other framework you want to add here?