The world has come a long way since the first computers were introduced. There was a lot of excitement when IBM introduced its first PC hardware platform in 1981. As you might remember, these PCs used the text mode, command line style operating system known as MS-DOS (Microsoft Disk Operating System).

The graphical Microsoft Windows OS later followed this in the 1990s. And when the World Wide Web made its grand entry in 1991, the world suddenly shrunk immensely. From there, the growth of computers and computer based applications just grew exponentially.

Eventually, mainframe computers were replaced , and silent-server model applications , where remote client software assumed responsibilities for processing tasks were introduced. Remember the days when you literally thanked the heavens when your broadband connection clicked and you were able to access the internet? Internet and computer applications continued to Grow.

Static web pages ruled the internet, and eventually that too gave way too improved broadband connection and dynamic web pages. Multimedia content came to be the order of the day.

More and more businesses started to use the internet to market themselves, all kinds of online marketing gimmicks were introduced. Browsers and development platforms evolved and interactive capabilities of the web were explored. During this time, the era of desktop applications and much later, web applications also evolved. 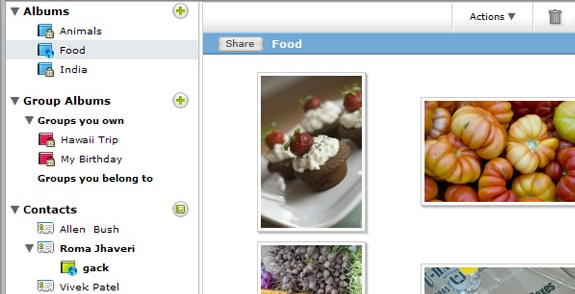 When applications are installed on a personal computer or a workstation, they become desktop apps. They perform specific functions, but can be accessed by multiple users with multiple computers via networking. These are usually limited by the hardware they are used, but renowned to be user-friendly and cheaper to develop nevertheless. The era of software development started with desktop applications, examples would be Word processors and Media Players.

When web apps came into existence with the advent of internet and online commerce, they began to replace native apps, but not totally, of course. The main reason for its success could be because these apps are made on the client-server architecture, where the web browser is used as client interface.

In a web application, the user accesses the application through a web browser, makes use of the resources available over the internet. This has enabled developers to create interactive and dynamic web apps with rich user interfaces. It is true that many of these features are available in a desktop app too, but web apps can be accessed anywhere.

Both these applications have their own pros and cons; it is not that one is going to usurp the other. For example, if you have an active internet connection you can trust, you might work on the Google spreadsheet, but if you are not sure of internet reliability, you might work on Microsoft Excel and then upload the file.

Both these apps allow basic spreadsheet editing as you might know, but with web apps you might need to have certain offline capabilities within it so even if you get disconnected, the changes you’ve made doesn’t disappear. It is possible to make native applications with the technologies used to make web applications. Certain developers use JavaScript and HTML to create both these apps.

When web apps came into prominence, developers began to enjoy the following benefits:

Now, have a look at where native apps score:

Invariably, your user presses the alt-tab button whenever he uses the desktop or laptop, and this is one definite way to make them see your brand name on their screen. This could be the cheapest way of marketing in the universe.

But there are also companies that once believed that having only a mobile- only will make them seem personal to their customers. Companies like Myntra and Grofers decided to scrap their website and adopted a mobile-only presence. This move reflected badly, and they had to roll-back their decision and re-introduce their websites.

If you look at it, good arguments can be made for both. Probably this is the reason why many companies make both web and native apps or hybrid apps. Application development must be driven by user requirement; not fashion or Trend.

For example, imagine a huge supermarket where customers are waiting in long queues at the cash counter. How can you handle such a requirement with a web app and provide seamless experience. It could be possible, but if you are accessing a desktop app, the process moves faster.

Closing thoughts on which application is better

Each application serves its purpose, it all depends on what your needs are. Both of them will continue to co-exist for many more years, at least until computers continue to connect to apps irrespective of their digital environments; until internet becomes omnipotent.

It would be ideal to go for both, but if your business is very well-established and if you are sure it can hold on its own with just the mobile app, and if it has already built up a strong customer loyalty, then go for it, by all means. Just make sure the app is the default go-to place for your customers.

Interesting Articles :
More information on web and desktop apps
A comparision of both types of applications