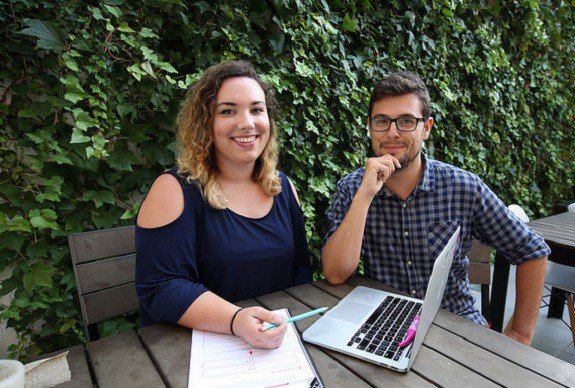 Is your company on a hiring mode? Looking for great web developers? It might happen that you just received the resumes of a couple of awesome devs, and you need only one. They both have commendable technical skill and work experience. What would you do then?

Sometimes, the skill of a dev goes beyond what on the resume. And those are the habits they develop over years of work, contributing to not just experience, but the way in which they steer their company to success. Here are 10 of those:

1. Be a part of the company’s culture

Developers often see themselves as a different breed of people, as they are highly artistic and creative. And they work odd hours, giving them the freedom to utilise their talents when they feel the fresh. But it is important to be a part of the company’s culture too.

Even if it is a small after work hours event or a major socialising event, it is important to build relationships with the people they work with, and with others too. The best way to do this would be to get involved with what’s happening within the company, and outside it too. It will actually make you feel part of a team, if you are a developer, but shy about participating in events and parties, and it would help you break down the “alien feel”.

Here is the scenario: Perhaps you are a new dev or an experienced one at a fresh job, but don’t hesitate to ask questions until you are completely clear on what is expected from you of the project. It is true that companies give orientation programs to new employees, briefing them on their roles and responsibilities. But asking questions at the right time (during the course of the project) would save everyone’s time.

Designers must work collaboratively with designers at every stage of the project to make sure client needs are met. The developers must make sure they are deeply involved in the design process early in the game. This way you create a casual environment for brainstorming sessions, saving everyone in the team a technical nightmare.

Journals are the perfect record for your losses and wins. Make a coding journal so you will know what worked for you, and what didn’t. This would make things easier for you in the future, and for everyone else who will be working on the codes in the future. Even if you are no longer there in the project, or in the company, the work goes smoothly.

Most developers work for a particular company, where there would be a client requiring a mobile app. Developers should develop the big-picture vision to understand why a particular app is being built. To make this work, the developer should be involved in the company’s business goals.

He must be able to understand the value of technology in the company’s functioning, because the app they develop is not only the responsibility that they have. They also play a role beyond the part they are officially given (for example, have an understanding of the company goals and aims, their role in society and so on).

Discipline is a trait everyone should develop, including the ones that work odd hours. Quality cannot be compromised, so the dev must be present during code reviews and be positive about conducting sprint retros. He must be an advocate of quality, even when there is a deadline looming near, and if at all, the work extends beyond the expected time, he must be aware of technical debt the company suffers, and pay back in full.

7. Rein in on what’s not important and focus on the right thing

Everyone gets sidetracked, and they might spend their energies on X, Y and Z, when the focus of the project should be on A, B and C. Once in a while, going down the rabbit hole does help, but in certain cases it could be a waste of time, or could swallow you whole. If a dev gets sidetracked, then he must remember the broader goal and bring himself back.

8. Not succumb to temptations and get distracted

It is normal for one to peek into Facebook or have a glance at Instagram to take it easy when one is tired from working for hours. But relying on social media to handle the monotony should be strictly time-restricted. A break for 10 minutes shouldn’t extend to an hour or a couple. Plug off these distractions, and the dev will be able to perform better. A good dev can set aside time for distractions, but will come back refreshed and energised.

9. Be a little organised with the codes

The dev should make it a habit to write cleaner codes, and it is important have code structure and organisation to avoid readability issues.

If the developer himself is having trouble finding the affected section in the coding, then he is not organised at all. In order to recall method names, it is advisable to have different files, instead of having a single script. An organised programmer would separate the code into different files on the basis of their primary functions like animation, interface, extension, etc.

There are programmers who could get carried away during the course of a project, and develop features that are totally unnecessary. This could be a time and resource waste for the company. The developer’s skills expand over years of experience, but overdoing the features may result in client wrath.

An effective developer will be aware of his role in the company. He will develop habits that will work towards progress, and strive to give up those that aren’t. Sometimes, it is necessary to mind the clock. It would be good if the programmer has the habit of looking at the time while working, because then he would be able to put his time into better use.

Interesting Articles:
Habits that need to be followed by successful web developers
These habits make a highly successful software developers